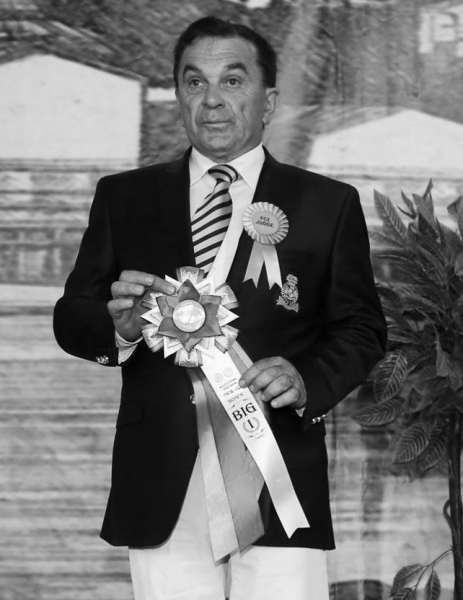 Started his cynological career in the late 1980-es.

His first breeds were Rottweilers and Dobermans. After that was a breeder of American Staffordshire Terrriers for 20 years (*Neusky Perspective* kennel). Has handled numerous international champions and champions of many countries, the dogs from his kennel were prize-winners of European and World Dog Shows.

During the last 16 years together with his wife has been breeding Apricot and Red Standard Poodles (* Iz Volzhskoy Serenady* kennel). Proud to have many World and European Champions as well as Champions of many countries, born in the kennel.