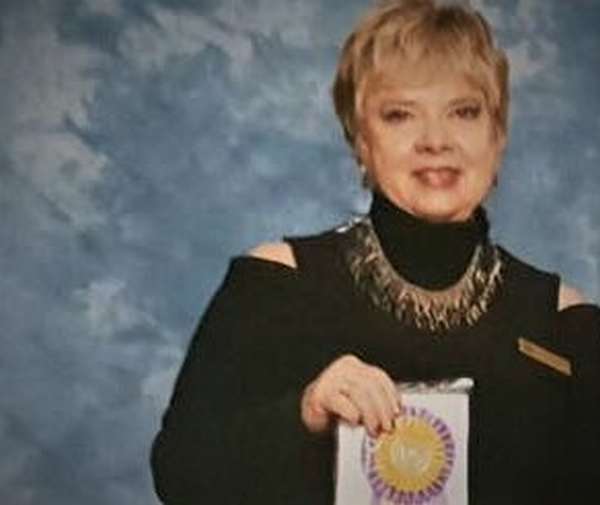 My involvement with purebred dogs dates back to the 1960's when I acquired my first Alaskan Malamute. I began actively showing in the 1970's and finished my first AKC Champion at the Mideast Area Specialty in Harrisburg, Pa. Since that time I have bred and/or finished championships on over 50 dogs, many obtaining wins at Specialties as well as being awarded ROM's, Grand Championships, and Top 20 contenders. Several of my dogs have also been titled in Obedience and Agility.

My judging career began in 2000 starting of course, with the Alaskan Malamute, and followed by Siberian Huskies. I was approved to judge the Working Group, after much preparation and study, in 2014. In 2019 I became eligible to judge the Non Sporting Group. I am also approved to judge Best in Show.

I have judged numerous Specialties in the US as well as abroad. These include the Alaskan Malamute Mid East Area Specialty, a Malamute Club Specialty in Michigan in 2015, two for the Siberian Husky; the Ct. Valley and Seneca Clubs, a Cane Corso Regional Specialty, The Black Russian Club of Northern NJ, and two Boston Terrier Specialties, for the Lenape and Minute Men clubs. I am currently scheduled to judge Specialties for the Bernese Mtn. Dog Club of Alaska, the Great Dane Club of Mat-Su Alaska and Rottweilers for the American Rottweiler club in Alaska in August of 2020. In November I will be judging Sharpeis for the Berkshire Spur Chinese Sharpei Club.

Several years ago I flew to Australia to judge Alaskan Malamutes, and had my hands on many wonderful dogs. In 2016 I had the honor of traveling to Europe 3 times to judge Malamutes. First I went to the Czech Republic to judge the Czech Northern Cup 2016. Next I went to France to judge the French Alaskan Malamute National. And finally I flew to southern Spain for another Club Malamute and Northern Breed Specialty. These were very exciting and rewarding shows for me to officiate at, and the people I met were wonderful. Finally in 2018 I had the ultimate honor of judging the Alaskan Malamute National here in the US in Orlando Florida. I can't begin to describe what an experience that was!

In addition to Alaskan Malamutes; I have also owned and bred Schipperkes since 2000. I had the number 10 All Breed bitch in 2007 and a top 10 stud dog in 2016, as well as a top producing brood bitch. Currently I have two Schipperkes as house pets, and my two senior malamutes live with with my son, Klynn Hisatake, who is nearby.

Klynn participated in Junior Handling when he was young, and has shown a number of Alaskan Malamutes. He recently handled his 9.5 year old bitch, Kendra, to her Bronze Grand Championship. They also won numerous Best Veterans in Sweepstakes at local Area Specialties during these competitions. Needless to say; Klynn is a proud owner, and loves his malamutes!

My educational background includes a Bachelors Degree in Sociology from New York University, and a Masters Degree in Social Work from Hunter College School of Social Work. I hold a license as a Clinical Social worker, and worked many years for the city of New York in the field of Child Welfare. I have additional experience working in Residential Treatment Centers with adolescents, Child Protective Services, and with with mentally ill adults. I retired in 2010 from a Catholic agency as a Program Director for 7 community based group homes, and was also the Clinical Director for the agency's Residential Services. One year after my retirement I returned to work as a Clinician for a community based mental health agency providing services to children and their families. During my final year I also did psycho-social evaluations for Family Court providing clinical impressions and recommendations for child custody cases, or to evaluate if a child was in an unsafe living environment. I continued to work there until I relocated to New Jersey to be closer to my son. I have promised myself that my days of working are definitely and finally over!

I am active and try to remain busy. I belong to 3 All Breed kennel clubs, enjoy going to local shows as a spectator, and co-own several malamutes with trusted friends. I enjoy decorating my newly purchased home, taking walks along the Delaware River with my dogs, and going to an exercise class 3x a week. I find Tuesday afternoon movies relaxing, as well as reading a good book or one of the many dog publications. But the best of all is when I have the opportunity to judge a good dog. Love it when I find one who takes my breath away!

Looking forward to seeing all of you at the World Dog Show in 2021.