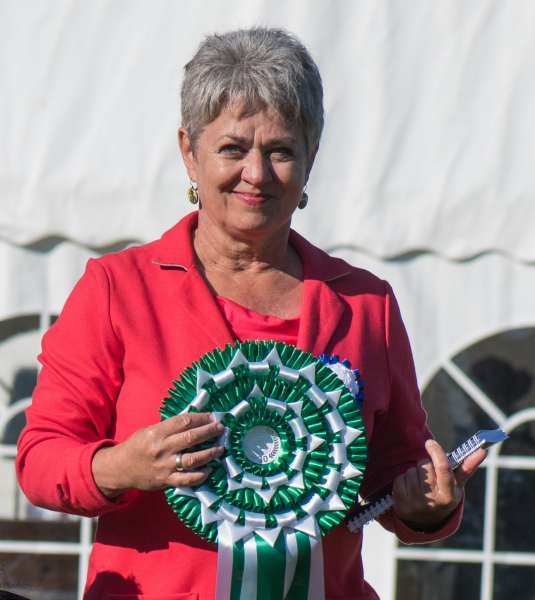 I grew up on the countryside,with a lot of contact with farmdogs,that were my daily companons though we never had our own dogs.Consequently my main interest ever have been animals,and the only possible profession for me was to become a veterinarian.As soon as I could afford it and had enough time,we bought our first dog in 1984 and of course it was a flatcoated retriever, called Cedor v. Felsbach.He infected us with the flatcoatvirus, consequently enough, two years later our foundation bitch, Danja v. Felsbach joined our family.20.10.1988 we bred our first litter with the affix Neala’s, until now 50 flatcoated retriever and one parson russell terrier litter have been born in our kennel.We enjoyed showing our dogs in Switzerland and abroad and also had some successes in the showring.We met a lot of flatcoated retriever enthousiasts,some of experienced and well known breeders gave us lots of advices and help in breeding and showing.

Meantime my interest of becoming a judge myself grew and after three years as a trainee I have been elected April 2001 as judge for all retriever breeds.April 2008 I was approved by the Swiss kennelclub for the whole group 8 and April 2015 for the whole group 9.Since december 2019 I’m allowed to judge group 7 as well.I have been judging in many European countries and it was a great honour for me to be approved by the kennelclub to award CCs in Great Britain,and therefore being on the A1 judges list of the flatcoated retriever society.It is a great honour to be invited to judge my breed at the world dog show in Brno,I look very much forward and thank you very much for your trust.