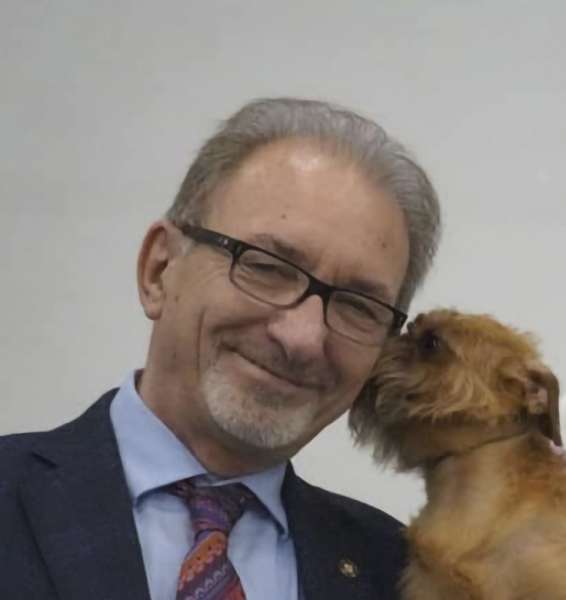 Since I was a child dogs have always been part of my life and the passion for my breed has involved most of my free time without neglecting my small company that, since 1977, have been dealing with electronics equipment for industrial and civil automation. Retired at the end of 2014, I can spend more time for my passions: dogs and photography. I breed poodles of medium and toy size since 1982 with my wife Paola and my daughter Viviana, since 1990 under the “Osmanthus” prefix.

We breed with the aim of quality and not quantity. We produced one or two litters a year and now even less, but despite this, we have bred many World and European Winners, various Italian Champions, 55 International Champions, Champions in almost all European countries, Scandinavia, Israel, Russia, Australia, USA, Canada and South America.

During these 39 years, I increased my passion and my cultural experience thanks to the most important historical breeders and judges to whom I am very grateful. In October 2006 I became a Poodle specialist judge and later on an International FCI Judge. I am a teacher Judge for the Poodle breed in Italy and in France.

In these thirteen years, I had the honor to judge the 2013 and 2019 European shows, the 2015 World show, the most important International shows and specialties in whole Europe, Israel, Scandinavia , Canada, Russia and Japan.

I have written historical articles and comments for various specialized magazines and for the Italian Kennel Club official one.

I had the honor to judge many times in Czech Republic, being an exhibitor at the World Show in Brno in 1990, I have a very special emotion to come back this time as a judge of the WDS 2021.

A great thank you to the Czech Kennel Club for the renewed trust, and for giving me the opportunity to judge the Czech Wolfdog and the Cane Corso, two breeds that I follow and judge since many years with great passion and that have a special place in my heart !!