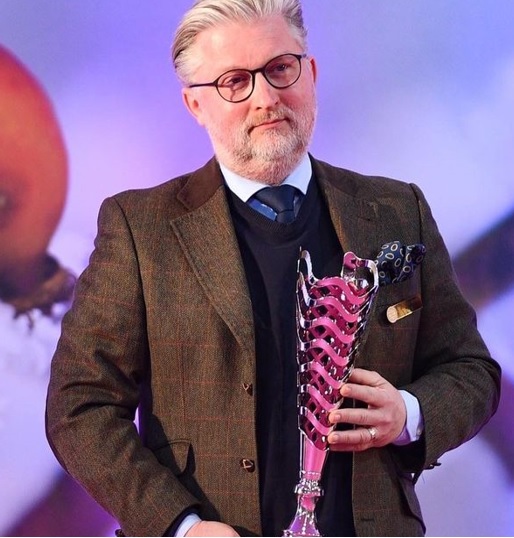 Known as a connaisseur of the Gundog breeds, Peter additionally developed a special interest in Molossers and Pugs over the years.

On the judging scene Peter obtained his license for Retrievers in 1996 and has followed up since with all breeds in FCI Groups 1, 2, 3, 4, 7, 8, 9, 10 plus growing parts of group 6. Peter aspires to further his education and become an All Breeds judge.

Peter has judged all over Europe, in Australia & South Africa. He officiated at various key events including the World Dog Show 2011 in Paris, where he awarded BOB in Labrador Retrievers. In Brno he first awarded BEST IN SHOW in 2017 at an All breeds show. Peter regards it as an honor to have judged as first Non-Italian judge at the “RADUNO DEL TRIENNALE 2017” of the “Club Italiano Spinone” in Tuscany. In 2021 Peter is invited to judge Labrador Males and BOB at the World Dog Show. He will be judging the UK Bullmastiff Association Championship Show the same year.

Peter is also the Co-founder and former President of the Austrian Spinone & Bracco Italiano Club aiming for membership in the Austrian Kennel Club (ÖKV).

Peter was born in 1966 in Vienna. His family has always had dogs with his parents initially breeding Dobermanns and Flat Coated Retrievers from 1994 to present day.

In 1980, Peter got his first dog, a Dobermann bitch that he trained and showed. When returning home after some years abroad in Africa as a school boy, Peter has two English Setters for showing and training in the field as a student. Balancing his professional life as a Managing Director at a top player in residential developments, he selectively bred Labrador Retrievers under the ‘Starchant’ prefix. Together with his wife Eva he had some litters in Spinone Italiano and Pugs under her ‘Waterfairies’ prefix. They made up several Champions in Show & Work. Peter currently owns two Spinoni Italiano, two Pugs and a Bullmastiff.

Holding his hunting permit for over 20 years Peter supplemented his knowledge by obtaining the falconry license in 2018. He is fluent in German, English and French.