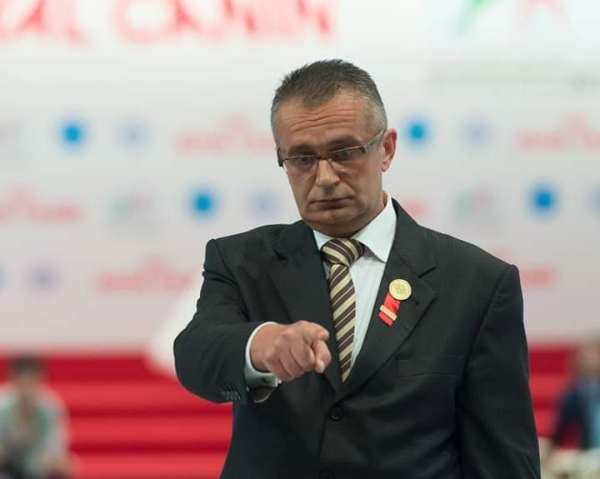 I have been growing dogs since I was a child, I have grown dogs all my life. Initially I had a Greyhound, then a black medium Poodle. For the first time I attended a dog show at the age of 7, in 1976, during which I presented a Greyhound. In 1988 I started growing white medium Poodles under the affix "Daralis". I grew many white medium Poodle champions and international champions. I also grew blackmedium Poodles, miniature Pinscher and, for a short time, Shiba Inu.

I have been judge since 1988 and all rounder judge since 2006, specialist for the groups 9 and 5 and Pinschers and Schnauzers. I judged in almost all countries in Europe and Asia. I judged a great number of club shows for toy dogs, Northern Breeds and Pinschers and Schnauzers in Hungary, Denmark, Germany, Italy, Finland, Czech Republic, Serbia, Israel, Russia, Indonesia and Japan. I judged European and World championships, and in 2015 I had the honor to officiate the WDS Best of Group for 9th group.

Since 2000 I have been the president of Romanian Toy Dogs Club. For a short time, I was also vice president of the Northern Breeds Club in Romania. I was invited in numerous countries to held seminars on toy dogs.