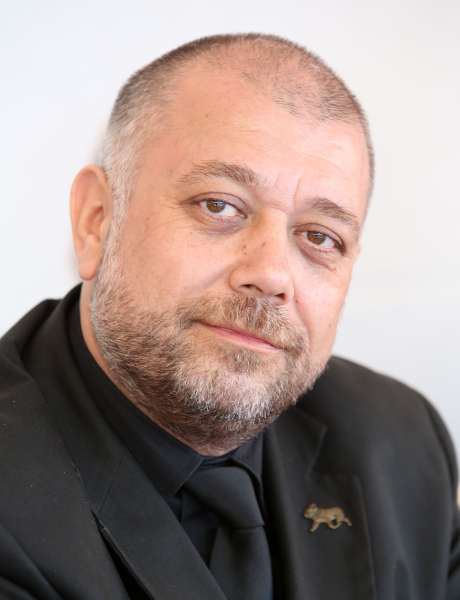 Since he was young, there were always dogs in the family. Cristian’s grandfather brought about his general love of dogs as he was a huge dog lover who also offered him his first dog, a small, red spitz type.

Cristian started to breed English Cocker Spaniels in 1988 and this was followed by American Staffordshire Terriers since 2001, Miniature Bull Terriers and very recently Chihuahua with his wife Madalina.

He first went to a dog show in Bucharest in 1981 and it was the decisive moment in his evolution in the canine world! That was when Cristian was “infected” with this virus and he believes that it will never “heal”!

He bred English Cocker Spaniels for 15 years. A lot of Cristian’s breeding received excellent results, both in national and international shows. He has managed to monitor them up to the fourth and fifth generation. Unfortunately, due to judging invitations and commitments, Cristian had to curtail breeding, but continued as a dog owner. It is better to know when to stop rather than do things half-way.

Cristian became an FCI judge in the year 1992 and an all-rounder judge in 2005. He has the approval to judge all FCI recognized breeds and he has had the honour and pleasure to judge in these last years at many major European and World FCI dog shows, and almost all FCI countries around the world.

Since 1988 Cristian was the secretary of the English Cocker Spaniel Club in Bucharest and since 1996 until 2005 he was the General Secretary of the Romanian Kennel Club. Cristian is now the President of the Romanian Kennel Club and Chairman of the Metropolitan Area of Bucharest Kennel Club. He is also member of the FCI Judges Commission, Working Group for FCI Reformation, FCI Disciplinary and Arbitration Commission and AKC recognized overseas judge and member of American Dog Shows Judges Association.

Cristian says the most important thing is that you truly love the DOG. If there is this feeling, the rest just comes naturally, with a lot of hard work and lots of passion. A lot of time must be dedicated to study and exemplary behaviour towards exhibitors and the organizers. Each moment of judging brings him a huge responsibility for what he says and does.